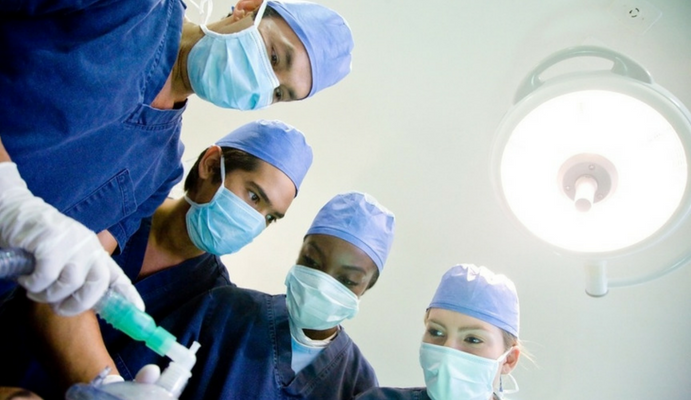 How Hospitals Can Stamp Out Surgical Error

Each year, 1 in 4 Americans die from heart disease, and in 2018, nearly 2 million people will be diagnosed with cancer.

For many, surgical procedures such as angioplasties or mastectomies offer a second chance at life. Public health systems can expect a continued rise in noncommunicable diseases for which surgical intervention will be the most viable treatment option.

Unfortunately, surgical treatment also remains one of the most expensive courses of action and will continue to place significant financial weight on healthcare systems worldwide. For this reason, hospital administrators and surgery departments have sought to increase efficiency and reduce costs for hospitals and patients alike. Surgical timestamps are one way to help.

In 2003, the Joint Commission’s Board of Commissioners approved the Universal Protocol for Preventing Wrong Site, Wrong Procedure, and Wrong Person Surgery, which encourages surgical teams to implement timestamps in order to maintain patient safety, improve workflow visibility, and identify potential risks. The World Health Organization followed suit in 2007 and released their own guidelines in an effort to further standardize best practices.

Timestamps mark critical junctures in surgery -- anesthesia, incision, closing. This is done to confirm that the correct patient is receiving the correct procedure at the right site. The action itself forces teams to refocus on the next step and also to evaluate the patient’s condition.

Timestamps keep surgical teams in sync, which is key for maintaining accountability and - ultimately - reducing operative risk.  They are a means of standardizing care by reducing workflow variability, which is often the cause of oversights and unnecessary complications.

Outside the OR, timestamps leave rich trail of procedural data. When used properly, the time markers indicate the point at which a deviation occurred in a given procedure, and can be helpful with uncovering inefficiencies. With data analytics tools, hospital administrators can visualize these trends at the enterprise level to more effectively allocate OR time, or even improve the quality of care.

For example, if teams are able to identify that of appendectomy patients, women ages 45-65 encounter recurrent complications in a particular phase of the surgery, a root-cause analysis (using timestamps as a central reference point) could reveal the source of the complication. From there, quality management can intervene to minimize the rate at which it occurs, or eliminate it completely.

Unfortunately, timestamp implementation hasn’t been universal. In 2016 alone, 104 incorrect surgeries (wrong patient/procedure/site) were recorded, and between 2005 and 2016, the number reached nearly 1300 cases.

Thankfully, most digital OR integration solutions offer a digitized timestamps functionality within a unified, workflow dashboard. Integration solutions also may incorporate IoT devices (footswitches, etc) which allow surgical team members to mark timestamps without removing themselves physically from the workflow.  This streamlining keeps clinician focus on the patient and procedure, while still checking the box on safety and quality management.

The automation pays off. A recent study revealed that electronic, integrated timestamps reduced total admin time to under five minutes in the OR, with over 97% taking less than two minutes. Given that costs for incorrect procedures can run into the millions of dollars, automation of timestamps could save hospitals big money in the long run.

While the benefits of timestamps are well-documented, ensuring their consistent implementation can still present a challenge. By embracing and better leveraging digitalization in the OR, hospitals are able to both cut their costs and ensure safer, more efficient care for their patients.

Sean Witry works as Community Manager and Content Marketer at caresyntax. With a background in international affairs and a focus in public health, he's passionate about exploring technology's role in increasing access to quality care and improving patient outcomes. You can reach him on LinkedIn or via email at sean.witry@caresyntax.com.